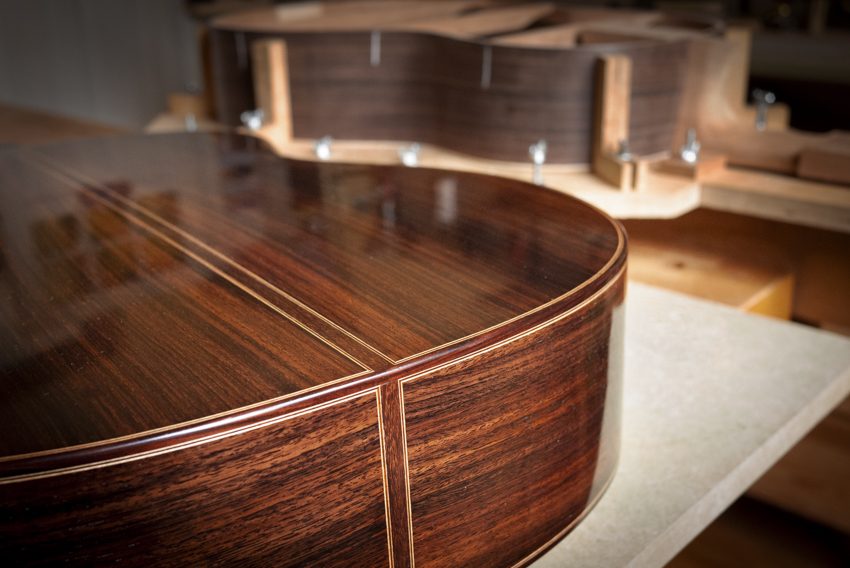 You are very welcome to pay Gust a visit in his workshop to test his guitars or to discuss a custom design that’s just right for you.

Don’t hesitate to get in touch by phone, whatsapp or email in the contact section.

Gust den Aantrekker was born in Antwerp in 1954. In his early teens, he started playing the acoustic guitar and gradually developed an interest in the history of the instrument and its construction. He decided he was going to be a luthier and studied at the CMB (Centre for Musical Instrument Building) where he built his first guitar in 1981.

He then set up his own workshop and also started teaching restoration and building of stringed instruments in Bruges.

Later in his career as a luthier he attended courses by José Romanillos in Spain and became a guitar building teacher at ILSA (International Lutherie School Antwerp). 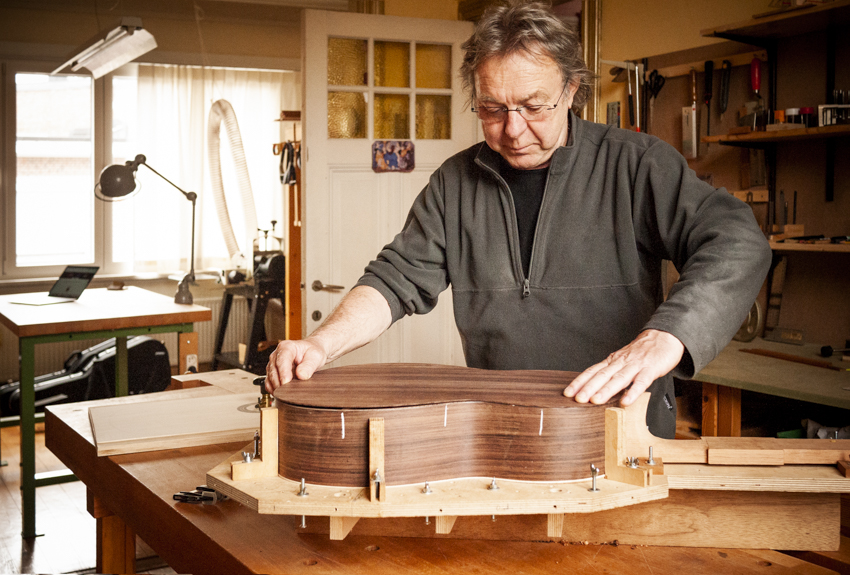